Welcome, Mayor! Be the hero of your very own city as you design and create a beautiful, bustling metropolis. Every decision is yours as your city gets larger and more intricate. Make smart choices to keep your citizens happy and your skyline growing. Then trade, chat, compete, and join clubs with fellow Mayors. Build your way to extraordinary with the most popular city builder on mobile! BRING YOUR CITY TO LIFE Build skyscrapers, parks, bridges, and much more! Place buildings strategically to keep the taxes flowing and your city growing. Solve real-life challenges like traffic and pollution. Provide services like power plants and police departments. Keep traffic moving with grand avenues and streetcars. PUT YOUR IMAGINATION ON THE MAP Build Tokyo-, London- or Paris-style neighborhoods, and unlock exclusive landmarks like the Eiffel Tower or Statue of Liberty. Discover new technologies with the Future Cities while getting athletic with sports stadiums. Decorate your city with rivers, lakes and forests, and expand along the beach or on the mountain slopes. Unlock new geographic regions such as the Sunny Isles or Frosty Fjords, each with a unique architectural style. There’s always something new and different to make your city unique. BATTLE YOUR WAY TO VICTORY Defend your city against monsters or compete against other mayors in Club Wars. Plot winning strategies with your Club mates and declare war on other cities. Once the battle is on, unleash crazy disasters like the Disco Twister and Plant Monster on your opponents. Earn valuable rewards to use in battle or to improve your city. In addition, take on other players in the Contest of Mayors, where you can complete weekly challenges and climb the League ranks towards the top. Each new contest Season brings on new unique rewards to beautify your city! CONNECT AND TEAM UP Join a Mayor’s Club to trade supplies with other members and chat about strategies and available resources. Collaborate to help someone complete their personal vision and get support to complete yours. Build big, work together, lead other Mayors, and watch your city come to life! ------- Important Consumer Information. This app: Requires a persistent Internet connection (network fees may apply). Requires acceptance of EA’s Privacy & Cookie Policy and User Agreement. Includes in-game advertising. Contains direct links to the Internet and social networking sites intended for an audience over 13. The app uses Game Center. Log out of Game Center before installation if you don’t want to share your game play with friends. User Agreement: http://terms.ea.com Privacy and Cookie Policy: http://privacy.ea.com Visit https://help.ea.com/en/ for assistance or inquiries. EA may retire online features after 30 days’ notice posted on www.ea.com/service-updates. 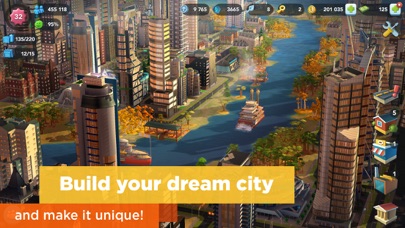 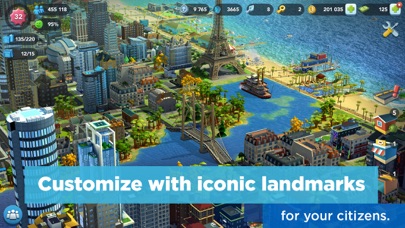 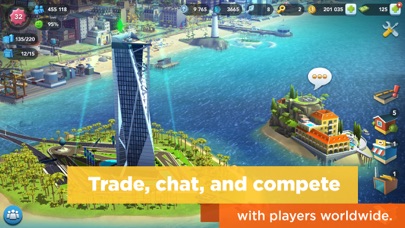 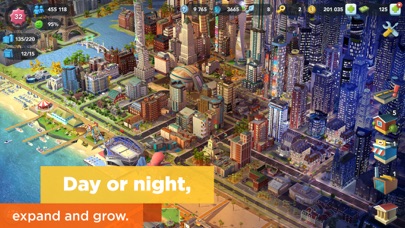 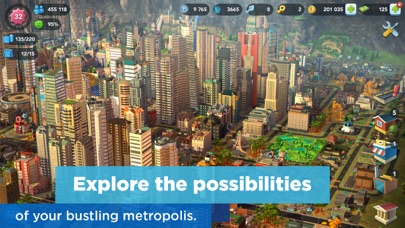