Musica nel Vento is a series of cyclo-musical itineraries that cross the Lombard plain between Adda and Serio, covering the territories of Bergamo, Crema, Lodi and Cremona, places where Italian musical culture has seen the birth of some of its most prestigious protagonists. The App allows you to easily find your way around the three bicycle routes and a musical media library will accompany you during your visit. The interactive map allows you to follow your position on the route using the device's GPS, even without an internet connection: maps and tracks can be preloaded, avoiding roaming costs. In case of distraction, an alarm alerts you if you depart from the route, and you can report any problems on the routes by communicating the GPS position. Accommodation, services and points of interest along the routes are located on the map, and you can contact them directly from your smartphone. The App was created within the Brezza Competition of Fondazione Cariplo in which they took part: the Municipality of Cremona, the Adda Sud Regional Park, the Serio Regional Park, the Municipality of Crema, the Municipality of Cassano d'Adda, the City of Seriate and with the support of the Pianura da Scoprire Association and FIAB Cremona. 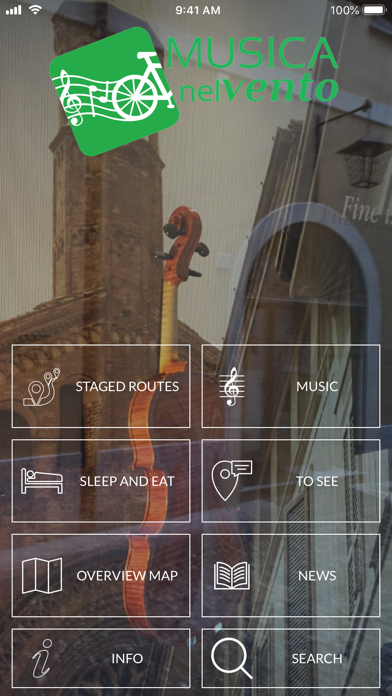